C&R stands up for the Whau 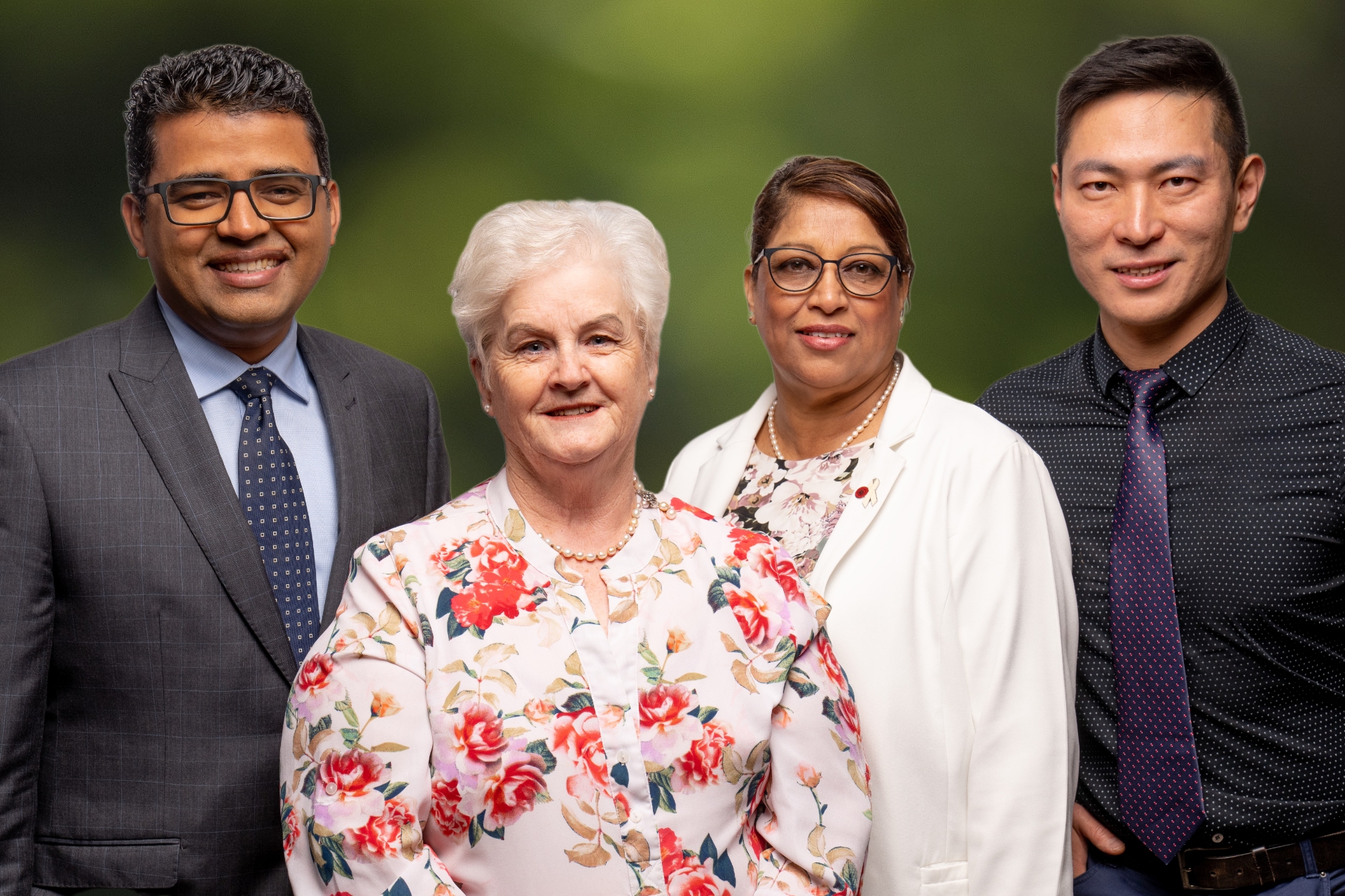 Communities and Residents (C&R) is delighted to announce its team of knowledgeable and local advocates to contest the Whau Local Board in the 2022 Auckland locals. Vowing to fight for the issues that matter to residents is Anne Degia-Pala QSM, Ravi Nyayapati, Sandy Taylor and Howie Yin.

"With strong local connections, a wide combination of community and professional backgrounds, our C&R team will bring the vision to enrich our neighbourhoods and the experience to deliver meaningful change for our communities in Kelston, Avondale, New Lynn, Green Bay, Rosebank, New Windsor and Blockhouse Bay,” says C&R Councillor Tracy Mulholland.

Anne Degia-Pala QSM is a founding member of the Ethnic Peoples Panel and serves on the Drowning Prevention Auckland Board, the National Funding Agency, and chairs the Whau Ethnic Collective. She was awarded the Queen’s Service Medal for her work with women and children. Anne has lived and worked in the local area for 34 years and will advocate for safer communities, people before politics, and world-class neighbourhood amenities.

Ravi Nyayapati has lived in the Whau Ward for over 20 years with his family. He is a technology and project management professional and he helps corporates make the right investment choices in technology, delivering large and complex transformations. As an experienced and strategic leader, Ravi’s objective is simple: to bring discipline and a sense of responsibility to local board spending.

Sandy Taylor JP has lived or worked locally for 28 years. She served two terms on the New Lynn Community Board in Waitakere City and was on the first Whau Local Board of the new amalgamated Auckland City. Sandy served eight years on the Portage Licencing Trust and was appointed as a Portage representative to The West Auckland Service Board. Sandy is a JP and volunteers in the New Lynn CAB. She will fight to stop the selling of local parks, to have footpaths fit-for-purpose, and to keep heritage buildings in the area, preserved.

Howie Yin served as a NZ Police Officer for seven years and was heavily involved with Avondale as their Community Constable. He’s lived in Whau for 18 years with his family and is actively involved in the New Windsor School Parent Teacher Collective Group. As a small business owner, Howie understands the importance of careful council spending. He’ll advocate for transport solutions that work for the Whau, the protection of green spaces, and the revitalisation of local town centres.