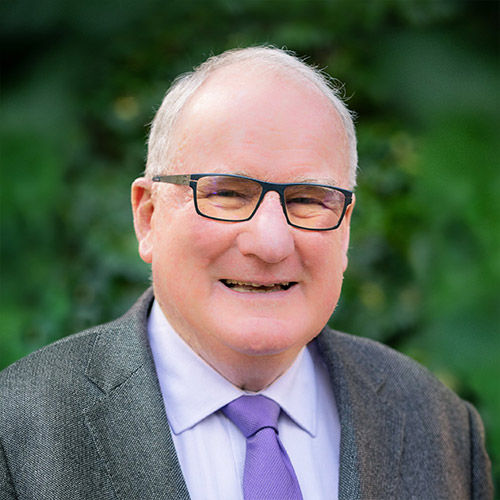 George enjoyed a distinguished 32-year career in the New Zealand police force – culminating in being awarded the New Zealand Police Long Service and Good Conduct Medal in 1980, along with the 14-year clasp prior to his retirement in 1998.

He then entered local body politics. George Wood was elected mayor of North Shore City in 1998, going on to servethree consecutive terms as mayor between 1998–2007.

In the 2008 New Year Honours List, George Wood was appointed a Companion of the New Zealand Order of Merit for services to local-body affairs.

“This includes delivering the Northern Busway, as well as improving the North Shore beach water quality through delivering major improvements to the wastewater piping network, including the rebuild of the Rosedale wastewater treatment plant.”

Law and order – “As a former police officer, criminal investigator, and area commander, I amcommitted to introducing a policy of zero tolerance for gangs and the lawlessness they bring across our city, particularly on the North Shore.  I believe I have a lot to offer in fostering a strong working relationship with Auckland police.”

Fiscal accountability - “We must get council spending back under control and make elected members and bureaucrats accountable to ratepayers.  This requires putting the proverbial microscope over all spending to ensure money is spent wisely.

Rate controls – “The residents of the Devonport-Takapuna Local Board area are paying high levels of rates to the Auckland Council. In order to cover the huge debt levels of the Council, we now have to face rate increases each year, along with targeted rates to prop up extra services. These rates are to provide for climate change service, the natural environment, storm water, and now also to subsidise our rubbish collection services. These continual rates increases must be controlled and reduced wherever possible.”

Improving public transport – “One of my four key policy platforms will be pushing to improve our public transport services on the North Shore. Buses and ferries have been part of my psyche since the days I was a young boy, and my father worked as a bus driver for Birkenhead Transport.”

Listening to local board members - “Our two current councillors – Richard Hills and Chris Darby - do not seem to work as a team with the other councillors from the Albany and Rodney wards. They are rarely seen at local board meetings. They do their own thing and do not listen to the local board’s position on the issues. Failure of our councillors to work with their local board means it is so difficult to get our views brought to the mayor and the governing body of Auckland Council. The North Shore Ward councillors are not taking on board our views and suggestions on behalf of Kaipatiki and Devonport-Takapuna ratepayers. It’s time to get Auckland back on track, and ‘out of the red’.”

Cost of living pressures and law and order: key issues being addressed by council candidates

Addressing the rapidly increasing cost of living and turning around the breakdown of law and order in Auckland, have been highlighted as key polices for two candidates standing in the city’s upcoming council elections, for the North Shore Ward.
Continue reading